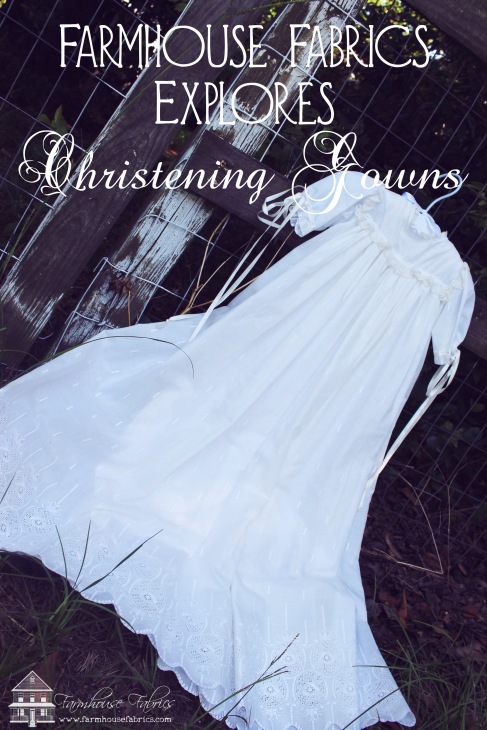 Last week, Prince George of Cambridge turned three. In the barrage of photos celebrating the little prince’s birthday, we were reminded of the exquisite christening gown he wore back in 2013 and which was then worn again by Princess Charlotte in 2015. The British royal family is rich with tradition, so it makes sense that they would have a gorgeous heirloom christening gown to pass down.

Christening gowns themselves are full of beautiful tradition and meaning. Up until the late 17th century, infants were carried to the baptismal font tightly swaddled and laid in a silk cloth decorated with gold braid-called a “bearing cloth”. However, in the 18th century, doctors began to discourage tight swaddling because they believed it restricted growth, and babies began to be dressed in gowns instead. The gowns were white to symbolize the innocence and purity of the infant and they were elaborately decorated in fine trims as was the style of that time. Christening gowns as a tradition have endured. Some parents have a lovely family heirloom gown to pass along to each child, and of course the royal family is no exception.

The Windsor family christening gown through time. From left to right: baby Queen Elizabeth, baby Prince Charles, baby Prince William, and baby Prince George. The original gown was worn by every baby in the photos above except for Prince George, who is wearing the replica commissioned by the Queen.

The family christening gown that George and Charlotte wore is a replica of a gown commissioned by Queen Victoria for the christening of her eldest child, the Crown Princess Victoria, in 1841. The original gown itself was worn by over 60 royal babies until it was retired due to it’s deteriorating condition. The last child to wear the gown was Lady Louise Windsor in 2004-talk about quality craftsmanship! HM Queen Elizabeth commissioned an exact replica, which was first worn by a Windsor baby in 2008. Princess Charlotte was the 7th and most recent wearer in 2015. The gown and its original are made of yards of white satin and Honiton lace. Honiton lace is a bobbin “part lace” made in Hontion, Devon in England. Regular bobbin lace can only be as wide as the pillow it is made on, but part lace is composed of small lace motifs made individually and stitched onto a netting, so it’s width can be unlimited.

Visit our website for the materials to create this stunning Christening gown by Connie Palmer-featured in the premier issue of Classic Sewing Magazine!

At Farmhouse, we specialize in heirloom sewing, so we work with many people creating Christening gowns. The most popular fabric choices are Nelona and Bearissima (see our blog post on heirloom fabrics for more info on those). Customers will also choose beautiful Maline or Swiss lace to embellish their heirloom. We have the privilege of assisting customers picking out lace for a christening gown. Whether its’s a new gown or matching lace to an old one, we love seeing the careful and loving creation of family heirlooms. 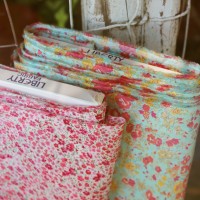 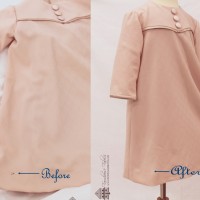